Words Worth Thinking About “Human beings never think for themselves; they find it too uncomfortable. For the most part, members of our species simply repeat what they are told - and become upset if they are exposed to any different view.” Michael Crichton Free Newsletter - https://clintmorey.substack.com
Posted by Clint at 7:14 AM

I was on my way. Loaded into a Huey helicopter, I was flown to a nearby Fire Support Base called Hawk Hill.
I thought this was going to be my new home but I was wrong.
https://clintmorey.substack.com
Posted by Clint at 7:30 AM

For those of you who pay taxes, I want to thank you for my medical care.

You pay for it.

You see, I receive my medical care from the Veterans Administration because I was in the Army and served in Vietnam.

That means your taxes cover my medical costs.

A few days ago I went in for my annual exam.

The VA Clinic is a new facility only a few blocks from where I live. I have to admit it’s very nice. Thank you for that also, since you paid for that as well.

First there was paperwork to fill out and then the nurse came out to get me and take me into the exam room. She had a number of questions for me before handing me over to the doctor.

I stopped her before she could continue with her list.

It was the first time I had ever been asked that question.

Now I knew that she was required by the government to ask the question but I found it hard to believe that I was sitting in a doctor’s office and being asked if I was a man.

Is it possible that I was going to trust my medical health to someone who couldn’t tell the difference between a boy and a girl?

I tried my best to be kind but it was difficult.

I grant you I may not be in the best of shape — I’m fat, I’m old, I’ve had replacement body parts (knees) installed in my body to keep me functioning.

But male or female?

What do they cover in medical school or nursing school?

I kept coming back to the thought … I’m trusting my medical care to someone who doesn’t know the difference between a boy and a girl.

That was not a confidence inspiring thought.

But it did make me think about the past.

Way back in the olden days some people actually understood reality.

And they would even speak about it out loud.

Even in children’s shows they talked about boys and girls.

If you haven’t seen this clip from Mr. Rogers Neighborhood, I would encourage you to check it out.

Do you think any network today would let the star of a children’s show say such things as Mr. Rogers did in this clip?

There is an explanation. He is white and he is male so that must be why he says boys are boys and girls are girls.

He would definitely be cancelled if he were around today.

We’ve come such a long way.

BACK TO THE EXAM

So that’s what I learned from my annual exam.

Medical personnel don’t know the difference between boys or girls.

I’m sure they covered other stuff but that was the take away for me.

Thanks again for paying for it.

“May the Lord bless and protect you; may the Lord’s face radiate with joy because of you; may he be gracious to you, show you his favor, and give you his peace.”Numbers 6:24-26 (The Living Bible)

Until next time … be the reason someone smiles today!

Tips from God. How to live life well.A user’s guide for those of us in the trenches of life.

The goal of this Monday podcast is to share a tip with you on how to live life well.

These tips aren’t from the latest media guru or megastar on social media. These tips are from Someone who is an actual expert on how to do this life thing the right way — God.

The key for each of us is to try to apply this tip every day for the next week as we seek to make it a habit in our lives.

"For God so loved the world that he gave his one and only Son, that whoever believes in him shall not perish but have eternal life."
John 3:16

Harvesting votes can be a dangerous business. 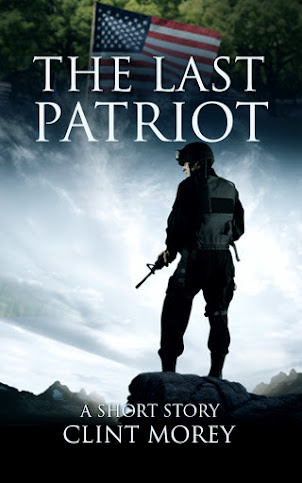